This document provides a high-level overview of how to build native packages using Go and using them in your React Native app. The content on this page was prevented as slides at the Boston React Native Meetup in February 2019, and can be found here. The companion repositories containing all of the code can be found here and here.

The following list provides some examples and use cases when using native code in your React Native app may be a good idea.

Writing your native code in Go in particular may be a good choice for the following reasons.

Start by going through the Golang tutorial: A Tour of Go. It provides a very nice walkthrough to introduce the language. You can find more Go resources at the end of this document. The following will give the briefest introduction to Go so that following examples can be understood.

The following are needed to us Go in a React Native app, as shown in the following.

So now we’ve been introduced to Go, and are hopeful about how it can help improve our React Native app - let’s keep going!

Consider, for example, using this approach for performing computational analysis of fitness assessment data as shown below. 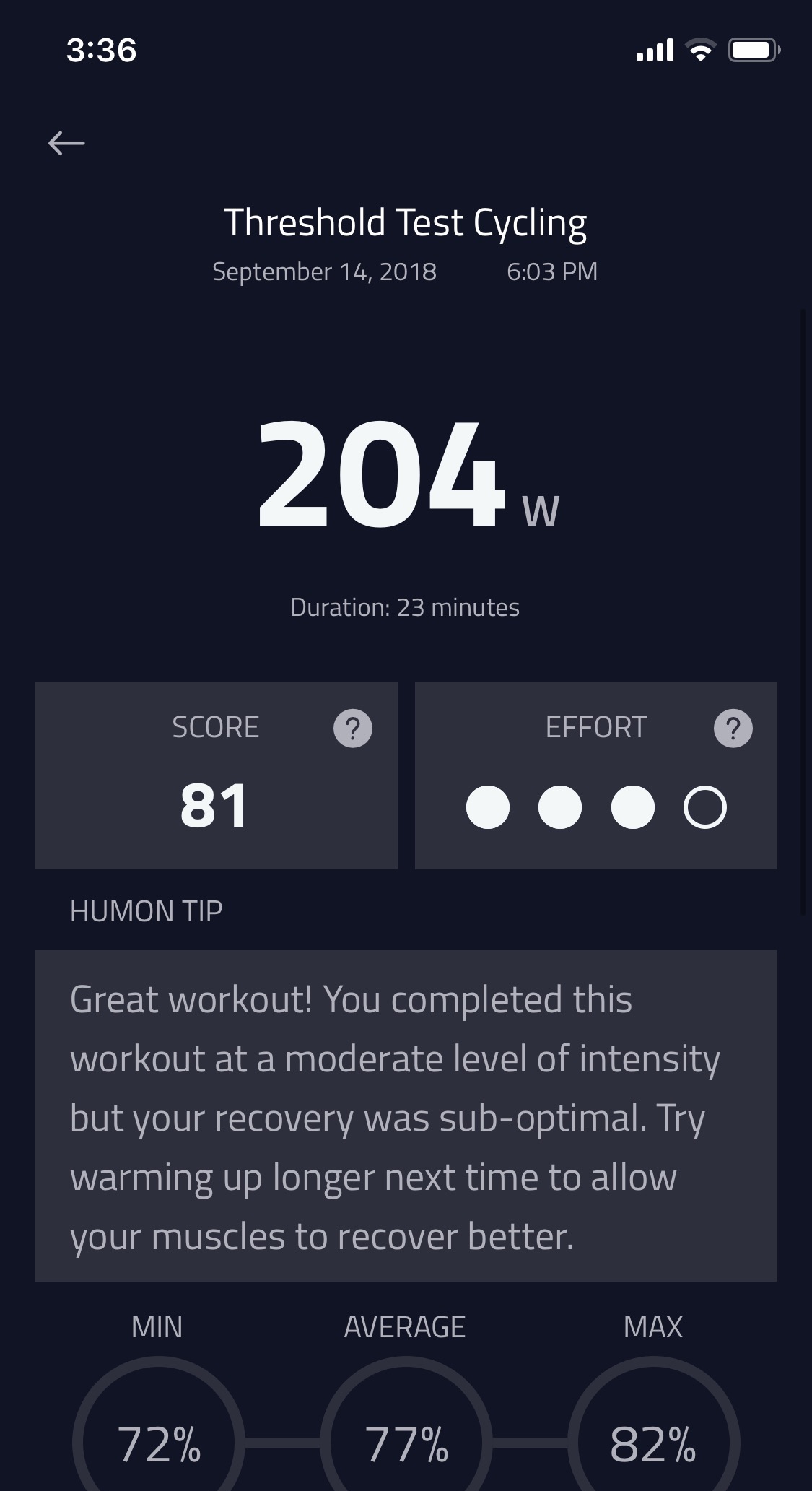 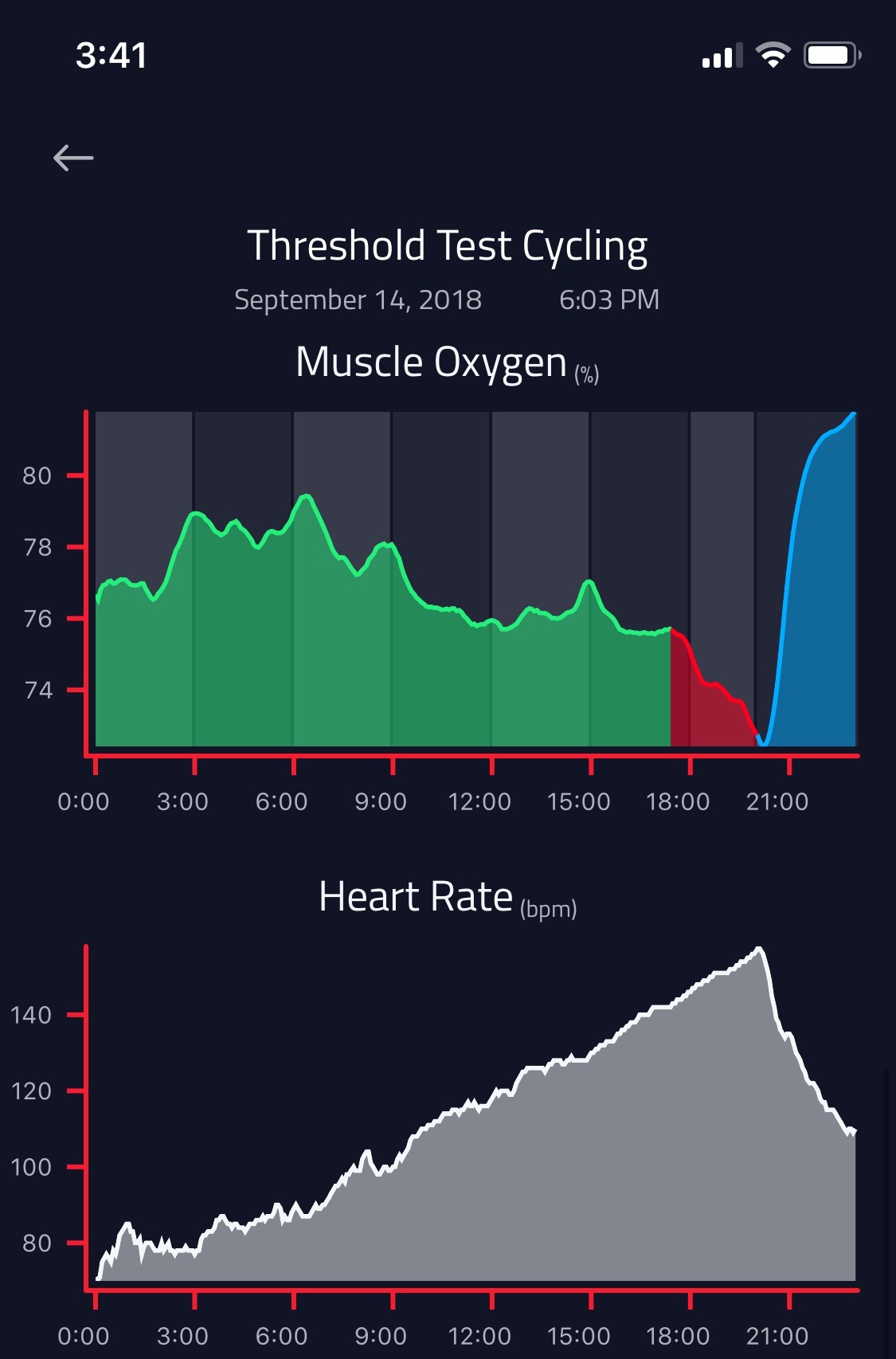 In practice, running a relatively simple code such as the example above would take on the order of 10 seconds! This is running on the iOS simulator, and much too slow for just about anything. Let’s see if we can solve this problem a little quicker with Go.

Gomobile is a tool for building and running mobile apps written in Go. See the following links:

Gomobile uses gobind, which generates language bindings that make it possible to call Go functions from Java and Objective-C. Read more: Command gobind. This command basically generates bindings from a Go package that can be invoked from Java (through C and the Java Native Interface) and Objective-C.

Here’s a sample implementation of the same few lines of the function SolveBVP in Go. These few lines don’t look too dissimilar from our JavaScript implementation from above. Name the package and function(s) recalling that only functions which begin with a capital letter are exported.

Now we can generate our iOS Framework using the following command. To learn more about the build flags, use go help build. 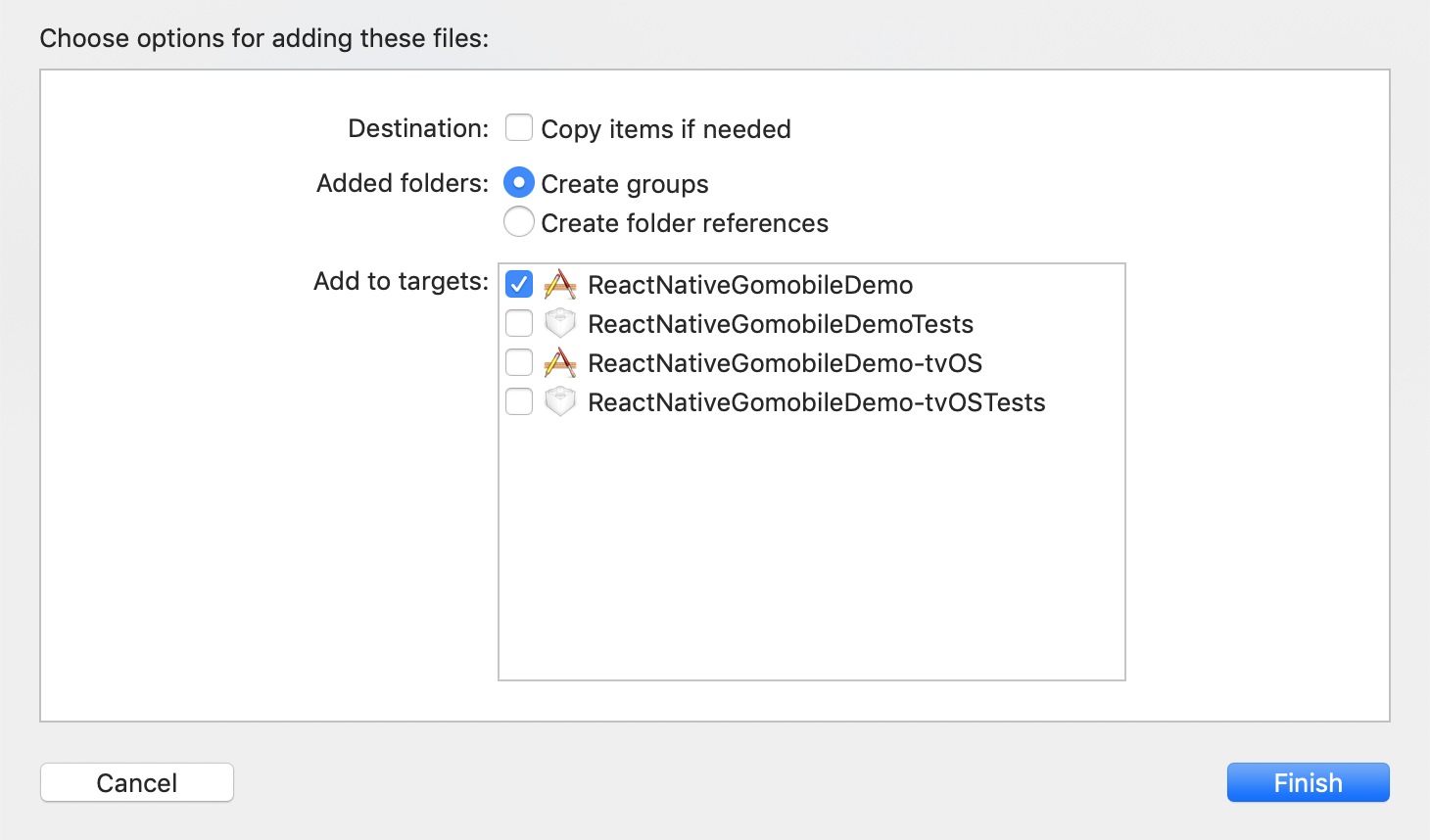 To call SolveBVP from your native code, will need to implement a bridge. The name of the exposed Go function can be found in the header Sample.objc.h of the Framework that was automatically generated by gomobile:

The Framework directory structure is shown in Xcode below. 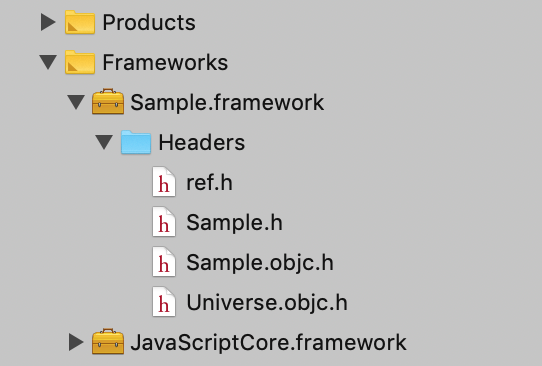 The pattern should be clear, as: <package_name> <function_name>. For the bridge, we’ll create the following two files: a header and implementation. Most of what is contained in these files is boilerplate, with the exception of the desired name of the interface (how we will access these functions from JavaScript) and the names and arguments of the functions themselves.

We can see in the implementation above that the function solveBVP is exported with a callback. Thus, our Go code will be called across the bridge from the JavaScript side and the callback will fire when Go has finished. Note also that the argument passed to the callback is an array. React Native Docs: Native Modules

RCTResponseSenderBlock accepts only one argument - an array of parameters to pass to the JavaScript callback.

The return type of bridge methods is always void. React Native bridge is asynchronous, so the only way to pass a result to JavaScript is by using callbacks or emitting events.

The name of the method exported to JavaScript is the native method’s name up to the first colon.

Note: rather than using a callback, native modules can also fulfill a promise.

Now we can import and call our native function:

With a single package written in Go and some very basic Objective-C, we’ve been able to implement the same function that we previously had in JavaScript. The Go implementation provides an order of magnitude performance benefit (computation time) over JavaScript, all while running on a separate thread. While the Android implementation was not shown, bridging with Java is very easy as well.

However, the above example seems a bit contrived. If our function doesn’t take any arguments, and always returns the same thing, we can just hardcode the answer in our JavaScript implementation! Let’s pass some data across the bridge to our Go package.

Passing Data Across the Bridge

Byte slices, JSON strings, and base64 strings are useful options. Let’s say we want to pass some of the problem parameters across the bridge into Go. Let’s put these configuration parameters in a JSON object and pass it to our Go function.

Since Go is statically typed, it requires a bit more care than to simply throw some JSON across and parse it. We need to tell Go what to expect in the JSON. Let’s say we want to pass the following JSON configuration from our React Native app:

To parse this JSON in Go, we need to define the following types. Recall again that for the name of the fields to be visible outside of the struct, the names all must begin with a capital letter.

Now, we can pass a JSON string from JavaScript, across the bridge and into Go, where it can be parsed and the data used within the function. Any other fields present in the JSON but not defined in the types will simply be ignored. The following Go snippet shows how, using the types defined above, the JSON string can be parsed and the values easily accessed for use within our Go function.

Another useful data type for passing across the bridge is the base64 string. The following code provides some basic functions in Go and JavaScript for converting between numeric types (e.g. a slice of float64, array of numbers) and a base64 string. Such functions have been useful when passing data between JavaScript and Go.

The above sample functions allow us to convert between base64 strings and float64 in Go. Modifying these functions to accommodate other data types should be straightforward. Handing of data in this way might remind you of Typed Arrays in JavaScript, where buffers and views are used.

For example, say we have an array of x-y points in our React Native app, where each element is an object and the y value may represent a string, number, etc.

This can be accomplished using an empty interface.

This, while it circumvents all type checking and can be misused has been quite useful at times in practice.

Now that we’ve seen how to work with some data passed from JavaScript to Go, we need to update our bridge. The changes are pretty simple. In JavaScript we’ll define our configuration object and pass it across the bridge with JSON.stringify(). In Go we’ll return the solution as a JSON string containing additional information (instead of just a number).

And now in our callback we can parse the JSON output and handle the values. Examples with other data types are available in the example repositories.

With the above, we should now have the ability to:

Use the go testing framework. Go package testing When writing tests using Go Testing, don’t have to expose functions via export (or in this case first capital letter) in order to test them, or use a module like rewire. So say we want to test our Go function in file sample.go:

Package testing provides support for automated testing of Go packages. It is intended to be used in concert with the “go test” command, which automates execution of any function of the form

Note here, the struct fields need not start with a capital letter, as they are not used anywhere outside of the current package. This is unlike the structs defined above used to unmarshal the JSON, which needed to be capitalized when passed to the json package.

To run this test, use the following command:

or if a failure:

You can get help formatting your Go code with Gofmt

where the -d flag shows a diff, instead of rewriting files. Golint can be helpful as well:

Often proprietary code may be used in a client application, and it is often beneficial to offload computation to the client to reduce backend costs. With a React Native app, the JavaScript bundle is distributed, unencrypted, with the app. After archiving an app in Xcode, for example, you’ll find within it as shown below, the JavaScript bundle:

Although the code has been minified, it is available for all to see.

That’s not to say reverse engineering a purely native app is impossible, but it is more difficult. This extra level of difficulty may be considered sufficient to include certain proprietary code in the client application. I haven’t looked at this but I expect it is similarly easy to get the manifest URL for the JavaScript bundle of apps using Expo.

This is something I have found in practice is made easy by the above approach. Engineers responsible for designing, implementing, and testing complex algorithms need not have much of an understanding of mobile development, nor do they need an environment set up for mobile development. They can learn and focus on writing only Go, designing a clean interface, testing, and ultimately providing a robust and efficient “black box” to the mobile team with well-defined inputs and outputs. Likewise, the mobile team need not concern themselves with the inner workings of such a “black box”, and with a clearly defined interface, can quickly and easily write or modify the bridge and JavaScript code to leverage the Go Framework when provided.